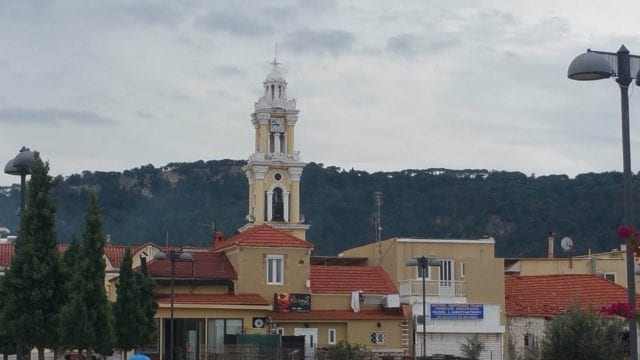 When I first arrived on the island to live, it was Ialyssos in Rhodes where I initially chose to settle.

I do not know the reason for this, but as I began to find my feet here, I understood that Ialyssos is quite a busy place and it presented a lot of opportunities for me.

With this village being quite a popular and historic one, I found that a lot of the local people spoke English to me, which was a great help in my early days. Some other villages on the island are not met with the high tourist levels like Ialyssos, so the English spoken amongst them can be limited to non-existent.

That makes me sound selfish doesn’t it? Here I am living in Greece, and expecting everyone to communicate with me in English? Well, I guess I was somewhat dependent on the English speakers in the beginning, but I went on to learn enough Greek to establish myself here comfortably.

So – More About Ialyssos In Rhodes

Ialyssos is a very happening and busy village with over 11,000 people residing here. It is located 8 kilometers from the city of Rhodes on the West Coast of the island! It has a beautiful pebble beach that runs its length, and provides a beautiful view of the Turkish mountains on a clear day.

It became very popular with the tourist trade, and over time the population has risen to what it is today!

In my opinion there is a downside to this. Because as the tourist trade increased, so did the requirement to accommodate the holiday makers. This is fine though right? I mean, without a place to stay – who would come to visit?

The problem is, overtime, the hotels have started to dominate the area. Don’t get me wrong, the village of Ialyssos is beautiful, but the huge all-inclusive hotels have taken over the area to a certain extent.

I am not saying don’t have them, but I think there are just too many! I believe some of the local people would provide a better experience with a local bed and breakfast and a nice Greek taverna. I know that is what I would prefer.

Anyway, lets not get off base here 🙂

Ialyssos itself is a treat of a village to visit. There is a lot to see, there is a lot to do, there are some great restaurants and bars, a beautiful beach, blue sea and lots of activities to get your teeth into.

The area is looked upon by the mountain of Filerimos which sits 5 Kilometers away at just under 270 Meters in height.

I personally like walking around Ialyssos. It has a really nice and warm friendly feeling to it and most of the local people are very hospitable.

In fact, a lot of people that come on holiday to Rhodes choose Ialyssos as there base during their stay. It is not far from the hustle and bustle of Rhodes Town, and there is enough going on to keep you entertained should you wish to stay in the area.

One thing that you should be aware of though, is the volume of traffic that passes through on its busy roads. Ialyssos is on the main road between Rhodes City and Diagoras Airport. Due to this, it suffers with a lot of traffic issues and delays.

Related Posts  The Village Of Theologos In Rhodes

If you are walking around, just be aware of this as it can sometimes be frustrating – mostly because of the sheer noise. The Villages of Kremasti and Ixia also suffer with the same problems for the same reasons.

A lot of people may be surprised to learn that Ialyssos also boasts some amazing history, especially when it comes to Boxing.

Long before the days of Mike Tyson and Frank Bruno there was a boxer from Ialyssos who won the Olympic Boxing Competition on three occasions. His name was Diagoras and was of the Eratides family.

After winning the competition on the 3rd occasion, the Ancient Greek Poet Pindar composed his 7th Olympic Ode on account of his success in 464 BC.

Not many boxers can say that, no matter how many belts they have won 🙂

A lot of the local people refer to Ialyssos as Trianda. The word ‘Trianda’ in Greek means the number ’30’. The reason being, centuries ago, this neighborhood was originally made up of 30 houses, or settlements.

The actual area of Trianda is between Ialyssos as we know it today and Filerimos mountain. Back in the 1870s archaeologists uncovered a Necropolis here. A Necropolis is a cemetery, and the Greek translation of the word ‘Necropolis’ is ‘City Of The Dead’.

A lot of the findings from the Necropolis (such as Jewelry and other artifacts) however, ended up in British Museums with only a handful remaining in Rhodes. This is something that really annoys me, as does the location of the Elgin Marbles. I guess that is another story though!

Today, this area has been transformed. You will find all around this area an exquisite setting with a Greek theater in place for celebrations and the Beautiful Church of the Assumption of the Virgin Mary.

On a personal note, I love Ialyssos. It is a really nice place to visit and one where you will be made to feel welcome.

With everything that goes on here, you will find it impossible to get bored. There is always something to do.

The setting of the old buildings, the warm blue water and the lovely beaches make it an irresistible area.

I hope the photographs I have made here give you a taste of what it is like.

Have you been to Rhodes and seen the village of Ialyssos? Maybe you have something to share? I would love to hear from you. Just leave your thoughts and questions below in the comments area, and I will get right back to you. 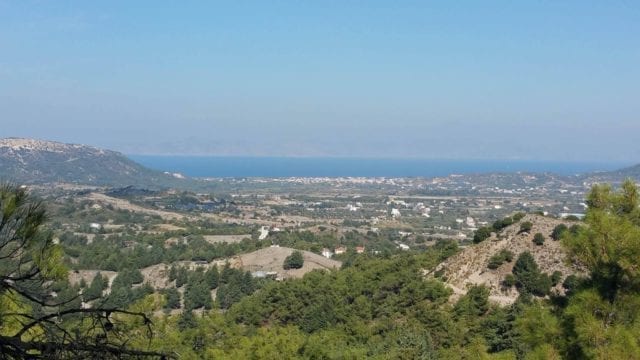 The West Coast Of Rhodes 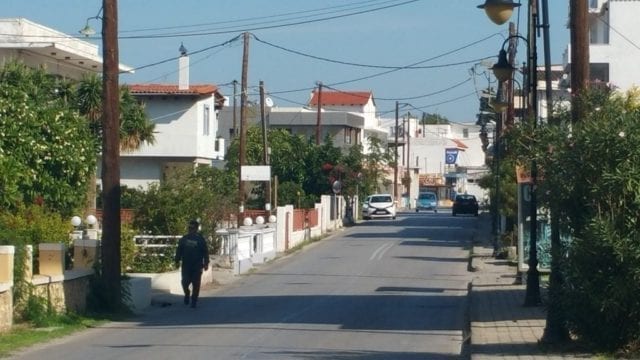 The Village Of Paradisi In Rhodes

The Village Of Soroni In Rhodes