Welcome to the history section of my website. Now the history of Rhodes Greece is of course an extremely in depth subject and there is so much to read and learn. When we talk about the history of Rhodes and Greece as a whole, there are libraries packed with information. So fitting it all onto this page is naturally an impossible task.

Very often people visit Rhodes, and because there is so much in the way of history here, they sometimes spend a lot of time figuring out what the best places to see are, and they lose time actually visiting them.

In this section on history, I will go through the different periods in history so you get a taste for all of them. From here you can go and see the Visit The Sites section where all this history is located. 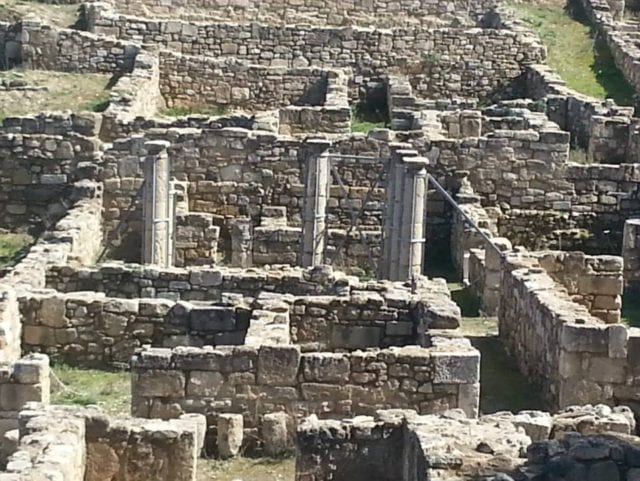 What I want to do here, is introduce you to the history of Rhodes in a way that is not going to blow your mind.

We could of course go into details and  talk about Helios (the Sun God) and Zeus (The Lord and Master Of the Earth) and many others regarding mythology, but I know this is some in depth material. I will of course be covering this, but I wanted to first go into the history of The Island Of Rhodes itself!

Now we can look at the history in chapters or era’s if you prefer to call it that. The history of Rhodes is a long story so it can be defined into the following categories.

As we move along I will be talking about all these in more detail!

When you look at the island of Rhodes as a whole, the history literally stares you in the face. From the Acropolis of Lindos to the Medieval Old City Of Rhodes you cannot visit the island and not notice it’s wonderful history!

Some of the ancient sites such as Kamiros and Filerimos are flooded with so much history and you cannot help but feel it as well as see it! The Temple Of Apollo is also another place that will take you back in time!

Holiday makers visit the island every year to see the sights in their millions just to get a taste of what the island has to offer, and many of them come back for more.

So Where Did Rhodes Come From?

Well, the roots of Rhodes actually came from the poet Pindar according to ancient 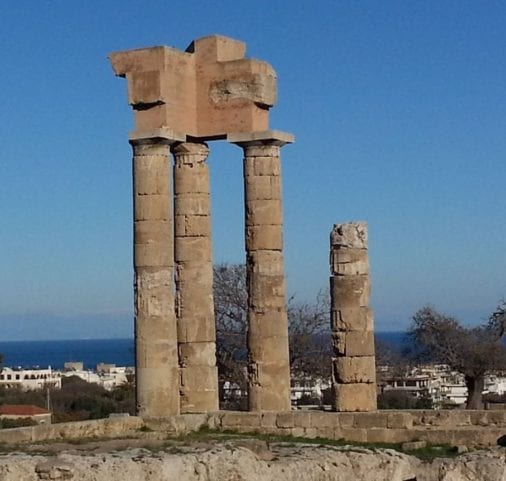 myth. It is said that Zeus, as master of the earth wanted to subdivide the earth to all the Olympian Gods but Helios (the Sun God) was not present when this took place and was not included in the process!

Being angry with this wrongdoing, Helios upon his return made his feeling known to Zeus and he asked for the next land that would rise above sea level be claimed his own!

As this conversation was happening it can be said a miracle took place, as a beautiful island rose above the sea level. It was the island of Rhodes!

Helios went on to make this the most alluring island in all of the Aegean Sea!

It is also said that the island of Rhodes stems from yet another myth.

This myth explains that Rhodos (the daughter of Poseidon – The God of the Sea) was the love of Helios! It is said that Helios was so in love with Rhodos that they were married and had seven sons and one daughter. One of these sons (Kerkafos) went on to have three children namely Lindos, Kamiros and Ialyssos!

These children then went onto build the three largest cities on the island, which are still here to this day! Lindos,Kameiros and Ialyssos!

It is also thought that the daughter of Poseidon (Rhodos) took the name of the island on her own and others say the name Rhodes originated from the word ‘Rhodos’ as it is the Greek word for ‘rose’.

Which one do you prefer or believe? I personally like the first myth 🙂 but who is to say it is the correct one?

Now come and discover more about the history of Rhodes! If you have any comments or questions so far contact me and let know! Also, you are welcome to leave your comments at the bottom of various pages on the site too! I always love hearing what you have to say.

By the way, if you are a lover of history, be sure to check out The Rhodes Archaeological Museum section on this site. This place certainly is amazing and will really open your eyes into the history of the island.