One of the amazing events (and somewhat upsetting) to come from battles of the past is that of Anastasia Of Rhodes.

How many of you know about this story? I will be the first to confess, that after living here for so long, I never learned of this until late on. It is my honor to tell it to you here.

As I have said in the history section of this site, battles have not been uncommon in years past. The island of Rhodes has been occupied by many forces and this event took place during the battle between The Knights Of St John and The Ottoman Empire.

It was the year 1522, and the siege of Rhodes took place between these two forces.

The Knights were fighting hard in order to prevent the Turkish forces conquering the island. The Knights stood alongside the men and women of Rhodes who fought with bravery and honor. This was a time of courage.

The Turkish forces eventually started to make ground, and it was only a matter of time before the Knights started to feel the full force of The Ottoman Empire.

This then became the time for heroes and Anastasia was ready to go to battle.

Anastasia was a Greek woman, beautiful and wife to an English Warrior (his identity is not known). She was also the mother of two children.

After witnessing her husband fall to his death on the front line of battle, she faced a decision. She did not want her children to fall to The Ottoman Empire, yet there was a need for her to defend.

Her decision was to kiss her two children goodbye. She killed them both to protect them from the Turkish forces and then went through the battleground to her husband. She donned his blood stained Armour and went head on into battle.

She fought hard and with pride until she reached the front line. She continued her courageous fight there until she was finally brought down and killed. 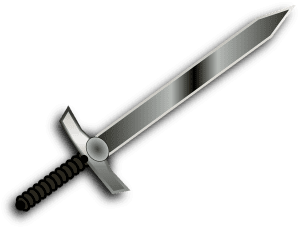 I Think if you look at the modern world today, we can all agree things have changed. Yes there are still wars happening around the world, but there is also a lot more in the way of monitoring and regulations.

What are your feelings on the actions of Anastasia Of Rhodes?

Here in Rhodes, she is considered a hero. She made a sacrifice and fought to protect her family and land.

Or do you think she could have done things differently considering the situation?

Personally I think she had to do what she had to do. It is easy to judge after the fact. The killing of her two children is deeply saddening, but what would have happened should they have been taken my the enemy?

I do not think anyone can deny she was a brave woman though. She stood up to her enemies and fought well.

I would really love to know your opinions on this. Leave me a comment below and I will get back to you.